One of America’s favorite pastimes is watching famous people experience a meltdown right in front of our eyes. There is something satisfying for the public to see someone rich and famous go through hardship. It is a reminder that everyone can have their crazy moments, when that sane part of the mind seems to take a convenient nap. Here is a look at the top five celebrity fiascoes that simply cannot be forgotten.

Usually when a celebrity has a disaster, they try to spin it in their favor. That may have been what Charlie Sheen was trying to do, but the cocaine must have been making him a little crazy. Plagued by rumors of drug use and beating his wife, Sheen went on an interview rampage that spawned famous lines like, “I’ve got tiger blood.”

Christian Bale may be one of the most talented actors of his generation, but his stock hit an all-time low when he went on a profanity-laced tirade on the set of the film “Terminator: Salvation.” He spewed obscenities at the director of photography for entering his shot, and he even threatened bodily harm to him. It shows how quickly the public forgives celebrities that Bale won an Academy Award just a couple years after this incident.

Alec Baldwin didn’t win any awards for Father of the Year when he left a hurtful message full of profanity on his 11-year-old daughter’s voicemail. Among other things, he called her a “rude, thoughtless little pig.” He blamed the message on the stress of going through a divorce with Kim Basinger, and this fiasco has been largely forgotten as Baldwin is as popular as ever now.

The legendary Hollywood actor has been in trouble more than his fair share during his time in Hollywood. The most infamous incident was when he was arrested for a DUI in 2006. Instead of being calm and calling an El Cajon DUI defense lawyer, Gibson instead went on a tirade attacking Jews and blacks.

Cruise, one of the most famous actors in the world, has had numerous fiascoes on-camera. One of the most infamous was when Matt Lauer took him to task for harsh comments Cruise had made to actress Brooke Shields for using psychiatry to get over her postpartum depression. Cruise railed about the evils of psychiatry, calling it a pseudo-science and saying that it doesn’t help anyone. Yea…., sure thing Cruise, sure thing. 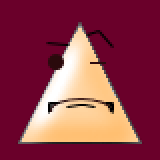 Angela Douglas is the only person responsible for not only creating but also for the success of the blog What Wear Fit. Her comprehensive buying guides and top product recommendations have managed to attract attention from women all over the globe. She not only encourages you to buy the right kind of bras, anti-cellulite clothing, and workout gear, but also talks about how to tackle everyday women-specific clothing issues.