Celebrities live in a world dominated by opulence, extravagance and salaries stretching into figures that would make your eyes water.  With so much personal wealth, it’s little wonder that most stars live in palatial homes surrounded by luxury and extreme grandeur.  Here are five celebrity homes that are so elaborate they’ll make you green with envy. 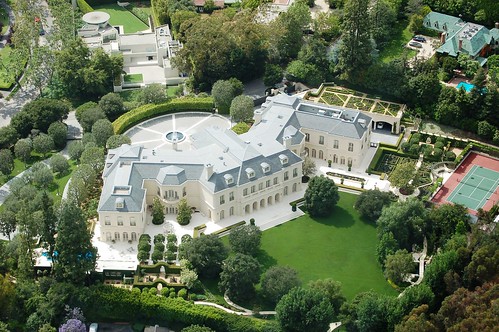 American television producer Aaron Spelling had the largest home in Los Angeles constructed for him in 1988.  Dubbed the Spelling Mansion it is estimated to be worth $150 million.  The sprawling house covers an area of 56,500 square feet on more than 4.6 acres of land.  As well as boasting 123 rooms, the many extra-ordinary features of property include a skating rink, bowling alley, swimming pool, gym, orchard and three rooms just for gift wrapping!  The house is said to be currently owned by heiress Petra Ecclestone. 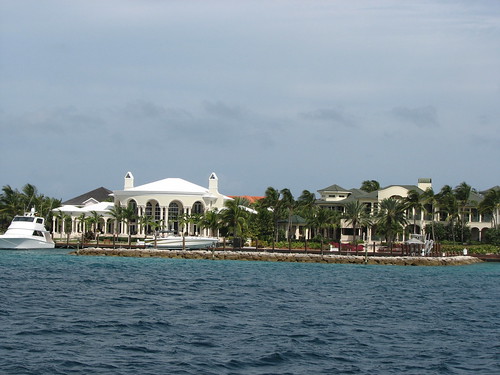 The American talk-show host Oprah Winfrey is not only one of the most well paid TV presenters in the USA with a personal wealth estimated to be $2.7 billion, but she also owns one of the most expensive homes in the world.  Her Californian Montecito estate is worth approximately $85 million.  Set in 42 acres of land, the house has amazing views with lush gardens and a man-made lake filled with exotic fish.  Inside, the house boasts eight bedrooms, a theatre, a mere 14 bathrooms and a garden teahouse.

American actor Will Smith and his family are proud owners of their home, affectionately nicknamed Calabasas Castle.  Set in California’s mountains, the house is valued at a jaw-dropping $20 million.  It is said to be so big that rumour has it the house has its very own postcode!  The property boasts over 63 acres of land and covers an area of 11,000 square feet.  Calabasas Castle has a bar in every room of the house, a man-made lake, a massive swimming pool, golf course, tennis court and basketball court.

Playboy founder Hugh Hefner owns a property that is as extravagant and outgoing as himself.  Dubbed ‘The Playboy Mansion’ his $54 million home in Holmby Hills, Los Angeles spreads over nearly 22,000 square feet.  Designed by architect Arthur R. Kelly in 1927, the house features 22 rooms, elaborate swimming pool area, a waterfall, tennis courts, a zoo and aviary (including a pet cemetery), wine cellar and games room.  The mansion has been host to a number of lavish parties over the years.

Actress Jennifer Aniston and her partner Justin Theroux are believed to have splashed out $20 million on a new pad in the super rich area of Bel Air in Los Angeles.  The luxury house is spread out on 3.25 acres of land and covers an area of 9,000 square feet.  The mansion is said to boast a state of the art gym, gourmet kitchen, butler’s kitchen, a family room with a bar and a library.  The estate also comes complete with a chicken house, a staircase with a water sculpture and a vineyard.