For the true fashionista, Halloween is one of the most magical times of the year because you can experiment with fun and dramatic costumes. Wearing a fairy costume in April would elicit odd looks from people on the street unless you are going to Comic Con, but it is perfectly respectable during the month of October. These four costume ideas are particularly fantastic because you can look gorgeous instead of goofy while wearing them.

Witches continue to be one of the most popular Halloween costumes for a reason. They manage to capture the scary, dark nature of the holiday while still giving you the opportunity to look stunning and dress up in a crazy costume. To put a fresh spin on this old classic, skip the fake nose and warts for some glamorous green eyeshadow and some sparkling amulets. It is also an incredibly easy costume because you can turn your favorite black, green, or purple dress into a witch outfit with the addition of a pointy hat.

Fantasy creatures like fairies, mermaids, unicorns, or pixies are the ideal choice for a woman who loves a little sparkle. This is a very versatile option that allows you to choose how much you want to stand out from the crowd. For example, a sexy mermaid costume can use elegant floor-length dresses or fun bikinis, so there is something for everyone. Regardless of what costume you can pick, keep in mind that the hair and makeup are what really makes this type of costume. A lot of glitter, face paint, and complicated, flowing hairstyles really help to sell a fantasy costume. You can also create a new take on an old theme, such as a goth mermaid or a witch of the light.

If you and all of your friends are obsessed with a certain television show, Halloween is the perfect time to dress up as a favorite character. Television costumes are particularly great for groups or couples, since it is even better when everyone can dress up as their favorite member of the cast. Some television costumes, such as Doctor Who, can easily be made from thrift store finds, but you might need a bit of help from a costume store to dress up as Khaleesi from Game of Thrones. As long as you pick a stylish and beautiful character, it is easy to look glamorous in a TV costume.

Animal costumes are ideal for people who want to look cute while being fashionable. Perky little bunny ears or cute kitten whiskers can turn any adorable outfit into a Halloween costume. All you have to do is select some flattering and pretty clothing in the right color and then add the right accessories. It is very easy to pick up ears, tails, antennae, or paws, so this type of costume has the bonus of being simple and instantly recognizable. If you have really strong makeup skills, you can try out one of these fun tutorials to add some extra wildness to your animal costume.

Whatever costume you choose, it is possible to look gorgeous as long as it is well-made and fits you perfectly. When you take the time to get a good costume and style it with nice makeup and accessories, you can stand out among all the other women wearing cheap, last-minute costumes. Halloween is a great time for fantasy and glamour, so feel free to let your imagination run wild when you pick out a costume. 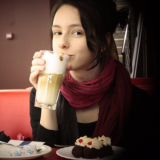 A recent college graduate from University of San Francisco, Anica loves dogs, the ocean, and anything outdoor-related. She was raised in a big family, so she's used to putting things to a vote. Also, cartwheels are her specialty. You can connect with Anica here.