Katy Perry’s style evolution has gone from cute to feminine to sexy, a little wacky in-between, and now to sleek and sophisticated. Whatever she wears, though, she manages to let her unique personality shine throughout each of her fashion phases. Here are some outfits that Katy Perry has donned in the past, showing the fashion transformation she’s undergone throughout the years.

An almost unrecognizable Katy Perry, then known as Katy Hudson, sports short blonde hair and a modest denim skirt for her contemporary Christian album. Looking at this photo, it’s hard to imagine the video for “California Gurls” features the same musician.

Katy Perry, famous for her “I Kissed a Girl” single, debuts her trademark pin up girl style with dark side swept hair, red lips, and a retro dress. Even though she’s just “one of the boys,” she makes every girl want to go a little wild.

Katy Perry shows off her increasingly eccentric and “look at me” style with this colorful carousel dress at the MTV Europe Music Awards in UK. Who doesn’t love a good carnival? (Also, how did she sit down?)

At the MTV Europe Music Awards, Katy Perry proves she can also be classy and chic with a long pink gown and a pretty up-do. She looks great in this soft and feminine ensemble, and the look just goes to show that Katy has a high level of fashion-versatility.

Nothing stands out more than a bright blue wig! At the 2010 MTV Movie Awards, Katy Perry sparkles in a semi see-through sequin dress, blue hair, and surprisingly sunny yellow nails.

Katy Perry gets a fashion A+ with her pink hair and strapless gown at the 2011 American Music Awards. She combines her feminine style with her unique flair for colored locks to create a flawless look. Plus, her lavender shoes are amazing.

Most recently, Katy Perry steps out with hubby Russell Brand wearing an edgy bob haircut. The pink-tinged blonde bob looks sophisticated while still showing a bit of her fun personality. It’s one of her best looks yet.
katy perry 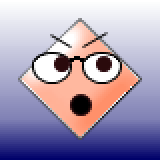 This article is by Tonja Thompson, who writes for a company that sells cute women’s t-shirts. Tonja’s very favorite Katy Perry song is “Hot and Cold.”